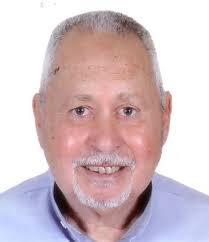 Egyptian physician graduated in 1964 from Ain Shams University, Cairo. He specialized in Obstetrics and Gynecology (Ob. & Gyn.) by obtaining the Master Degree from the same University. He obtained the Membership of the Royal College of Ob. & Gyn. in London, UK 1972 followed by the Fellowship in 1984. He then moved to Sexual and Reproductive Health (SRH) and was a Founding Member of the Faculty of Sexual & RH, London, UK in 1993 and was granted the Fellowship in the year 2006.

After his work in UK and Saudi Arabia, he returned to Egypt in 1979 and worked as a manager and consultant for many national and international family planning organizations. He also worked as a regional trainer on population and family planning from 1991 to 1996 conducting several training workshops in Romania and Yemen.

The major change in his career occurred when he was appointed as Assistant Minister of Population of Egypt in 1994 and was in charge of the young people’s session during the ICPD held in Cairo that year. Since then, Dr. Wahba devoted his time and effort in promoting sexual and RH health among young people in Egypt and other Arab countries.

He is serving as a Vice-President for the International Association for Adolescent Health.

He is a father of a son and daughter and grandfather of 6 children.